We Can Help
x

HOW CAN WE HELP YOU? 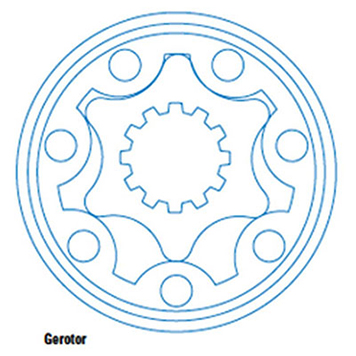 These consist essentially of two intermeshing toothed gears enclosed in a common housing. A shaft, the output shaft, extends beyond the housing. This shaft is attached to one of the gears which, in turn, drives the second gear. The hydraulic fluid is trapped in the gaps between the gear teeth and propelled along the inside of the housing from the pressure inlet port to the suction outlet port. 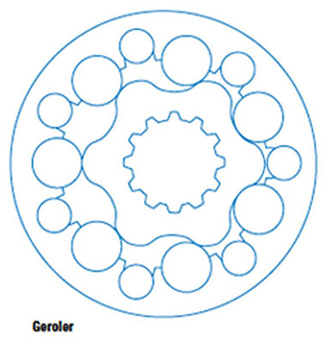 The difference is shown in the picture to the right: Essentially a Geroler’ has rolls added to the lobes of the outer ring of the Orbit gear set. These rolls act as a roller bearing and reduce friction, increase mechanical efficiency and reduce wear in systems with low fluid viscosity. In addition, the Geroler type typically provides smoother performance at low speed conditions.

Axial piston Motors are displacement machines in which the pistons are arranged in parallel to the axis of rotation of a cylinder barrel. The conversion of the rotating drive motion into a backwards and forwards movement of the pistons takes place in accordance with 3 main principles. These are described in the following: All versions are suitable for both pump and motor operation. 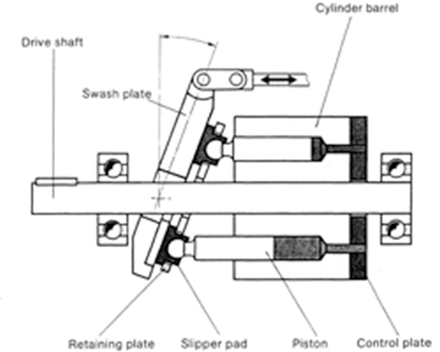 In this version, the cylinder barrel is driven and, as a result, the pistons which are located and guided in the barrel rotate with it. In the axial direction, the movement of the pistons is determined by the swash-plate which is attached to the motor housing. This swash-plate can be pivoted with reference to the vertical axis passing through the drive shaft. The hydraulic motor displacement volume is determined by the angle at which the swash-plate is inclined from the vertical. This principle makes it possible for the hydraulic motor to be reversible. In the case of constant-capacity hydraulic motors, the swash-plate angle is not variable. During the suction phase, the pistons move out of the barrel and are forced against the swash plate by a special retaining plate. During the pressure phase, the swash plate forces the pistons back into the barrel. The rotating pistons move in an elliptical orbit against the stationary swash plate. Friction is held to an absolute minimum by slipper pads or axial bearings. A form of slot control is used to ensure that the delivery flow from the individual pistons is in the same direction, and that the piston ports are connected to the pressure or suction connection at the right moment. The slot control is located in a stationary control plate against which the cylinder barrel rotates with its piston port face. 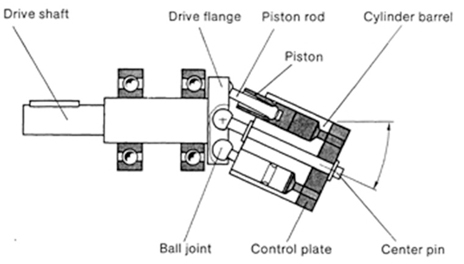 With this type of hydraulic motor, a so-called wobble plate is driven by the input or drive shaft. This plate transfers its axial movement to the non·rotating pistons. Springs force the pistons against the wobble plate. A thrust bearing transfers the pressure forces between the pistons and the wobble plate which are moving against each other. Valves can be used to ensure that the delivery flow from the individual pistons is in the same direction. A slot-type control at the individual pistons can also be used for this purpose. The angle of tilt of the wobble plate cannot be varied in this motor. This means that the displacement is constant.

How can We help ?

Our friendly team is on hand to assist
your inquiry with a 24 hours support service*
available for urgent issues.

Winnellie Hydraulics
4.8
Based on 19 reviews